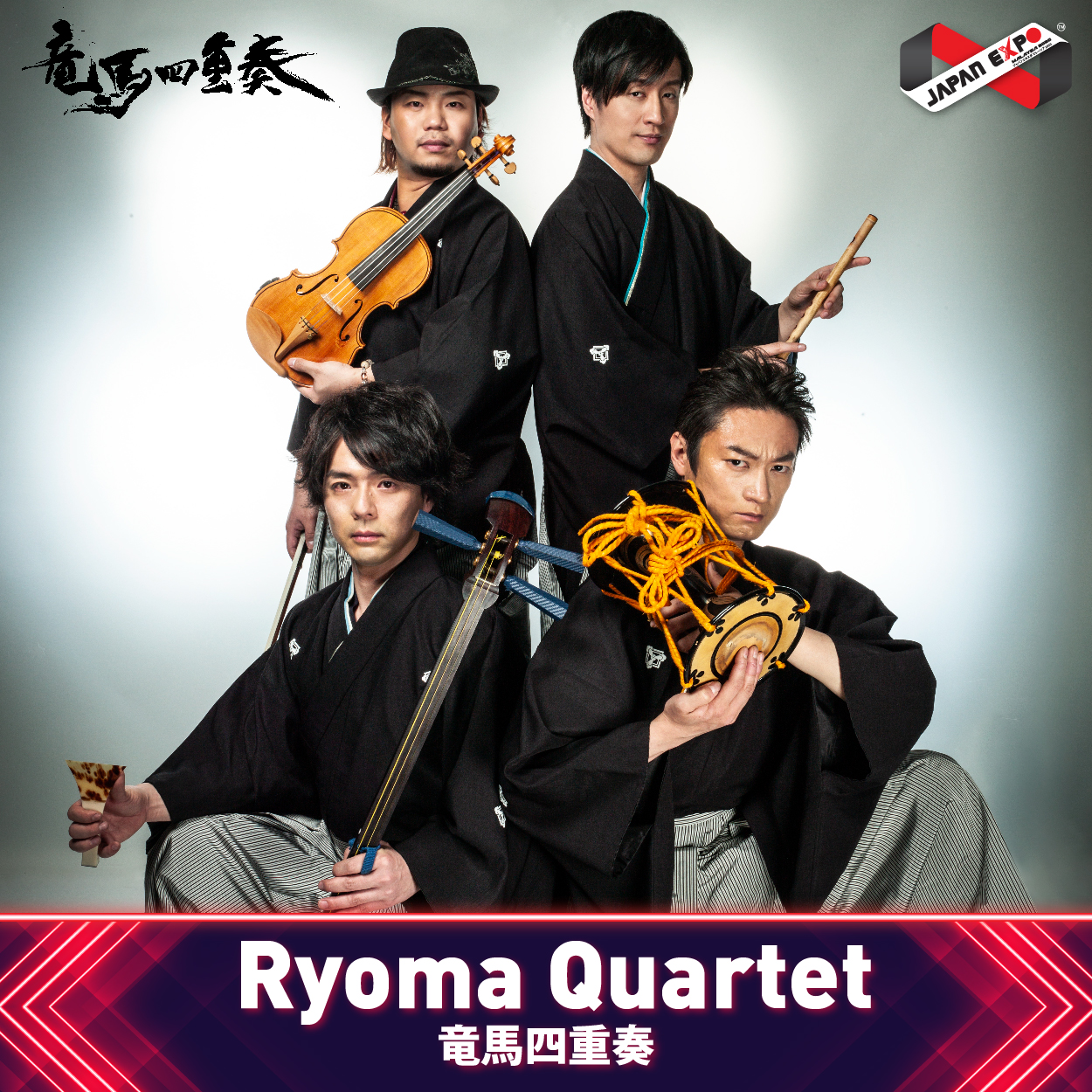 The 4 samurais gathered with strong beliefs,
「We want to connect everyone together using the power of music」
「We want to convey the sound of traditional musical instruments in a new way」
「We want to send Japanese souls into the world with music」

All members are one of the best in the country in their field. They all went through various paths in their careers, but came together with a strong determination,「I want more people to be able to listen to the traditional musical instruments I love. I want to send it out for more people to hear.」 and created Ryoma Quartet