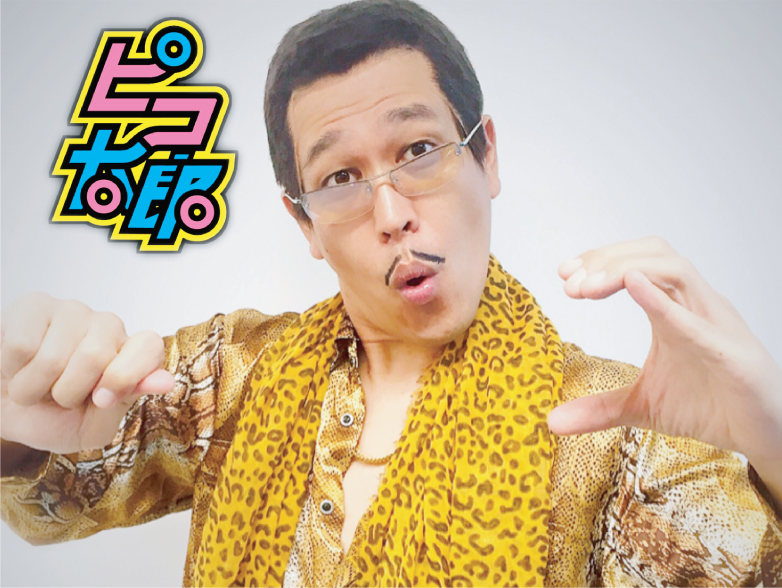 Get ready to dance ! We are pleased to announce Japan Viral-Hit Pop Sensation that goes worldwide, “Pen Pineapple Apple Pen” (ペンパイナッポーアッポーペン) by PIKOTARO, will be performed at Japan Expo Malaysia 2017 for the first time ever in Malaysia!!
Stay tune on our website to find out more! Don’t miss your chance to see him on Saturday 29th July 2017 @ Pavilion, KL
「PPAP (ペンパイナッポーアッポーペン)」 で世界中に一大旋風を巻き起こした『ピコ太郎』がジャパンエキスポマレーシア2017に出演決定！！
出演日は2017年7月29日（土） Pavilion KL内メインステージにて。

Shigeru Matsuzaki ( 松崎しげる) is a Japanese singer and actor. He is most known in the West for his contributions to the Katamari Damacy soundtrack, performing the theme songs of Nerima Daikon Brothers and acting as its lead character, and playing the title character in the film version of Space Adventure Cobra.

Matsuzaki is left-handed, as seen whenever he plays bass or guitar (take for example his Sony Vita commercial), his string instruments are usually tuned with the lower E string at the bottom. He has also collaborated with the popular music group Momoiro Clover Z. 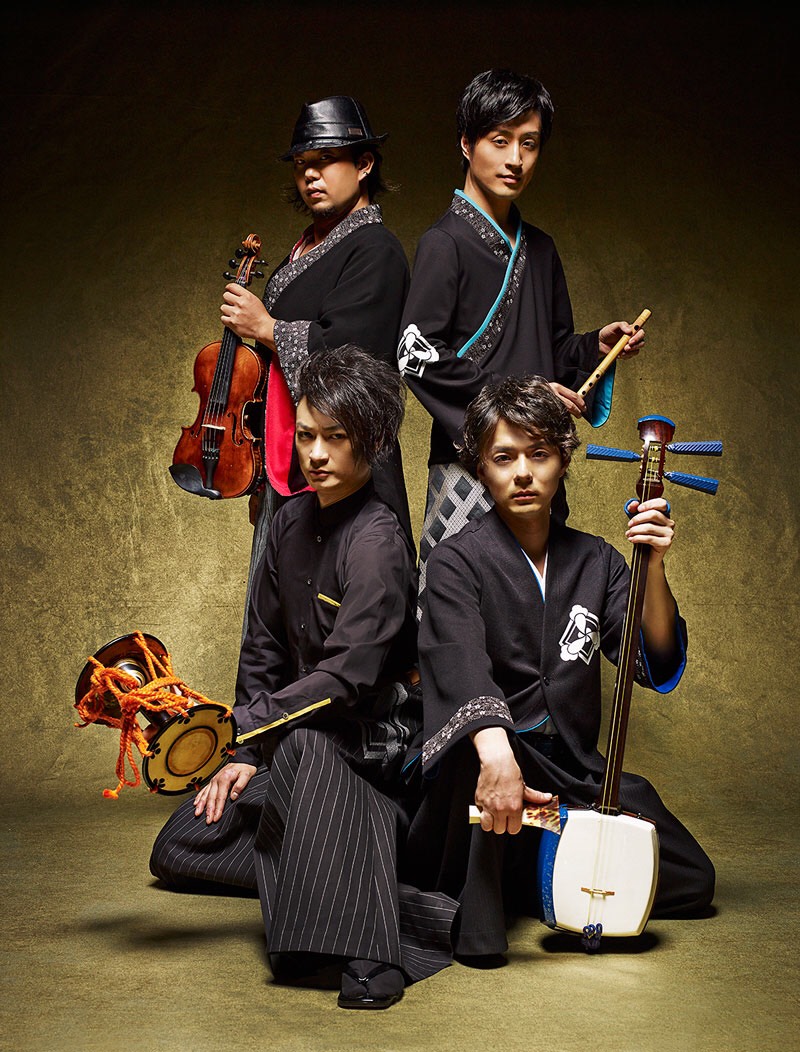 The 4 samurais gathered with strong beliefs,

「We want to connect everyone together using the power of music」

「We want to send Japanese souls into the world with music」

All members are one of the best in the country in their field. They all went through various paths in their careers, but came together with a strong determination,「I want more people to be able to listen to the traditional musical instruments I love. I want to send it out for more people to hear.」 and created Ryoma Quartet

Expressing is a new form of Oriental sound incorporating contemporary music such as EDM and pops into the classical music base.
The uniqueness goes way beyond genre. They played in 3 cities during the 「Japan Spain 400 years Anniversary」in 2014 and also performed in 2016 at「JAPAN EXPO THAILAND」as well. The band drummed up support from both in and out of Japan, receiving 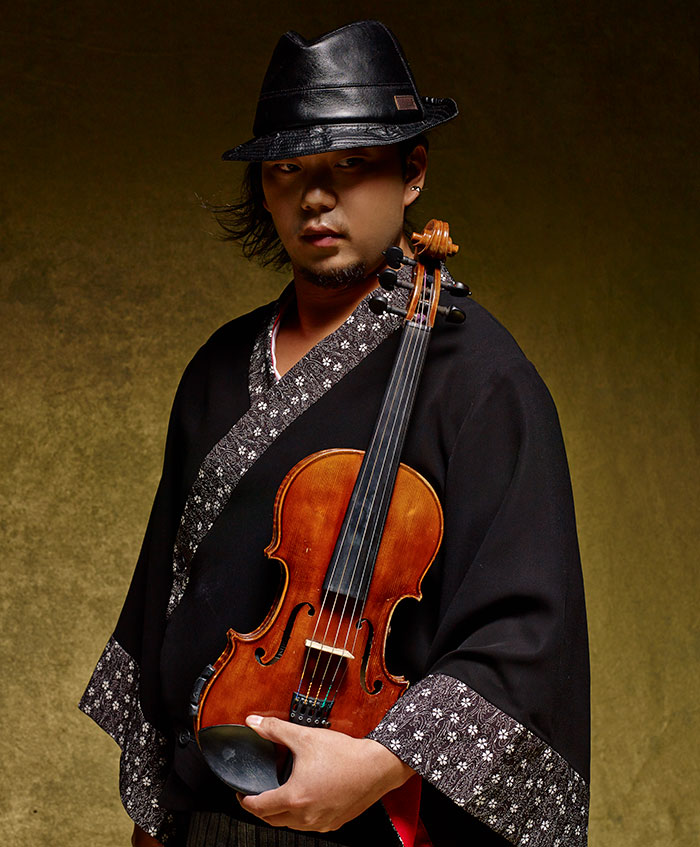 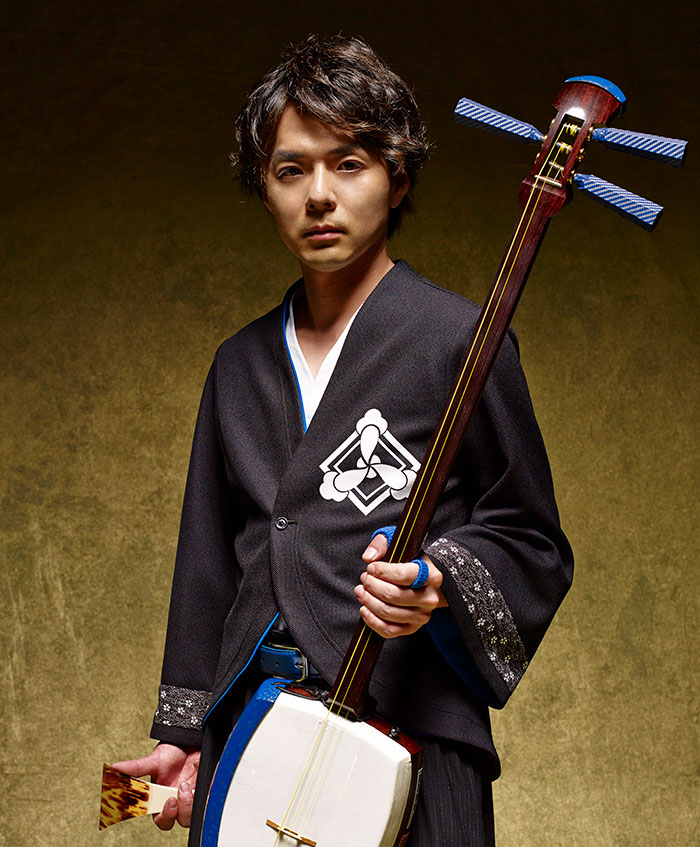 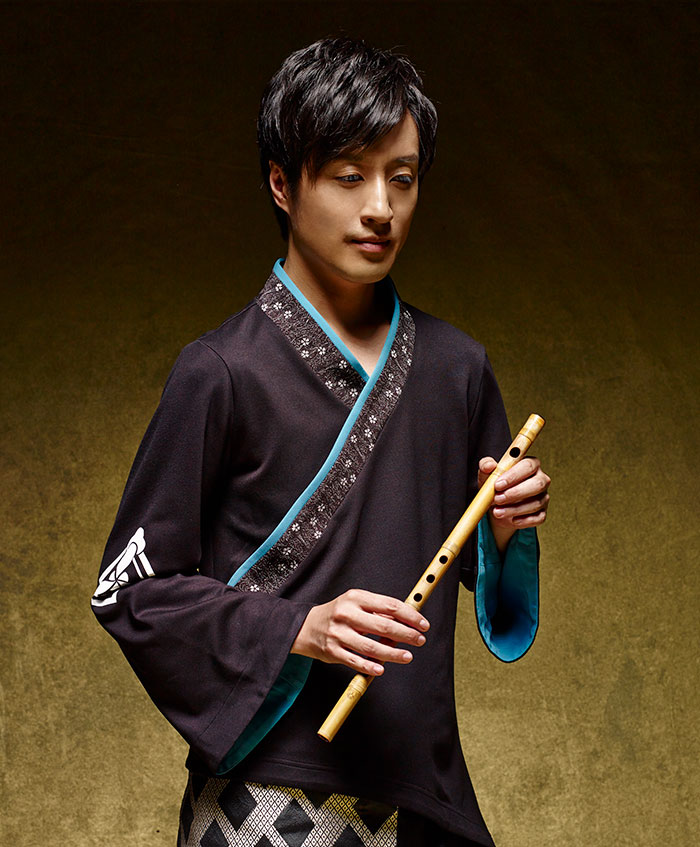 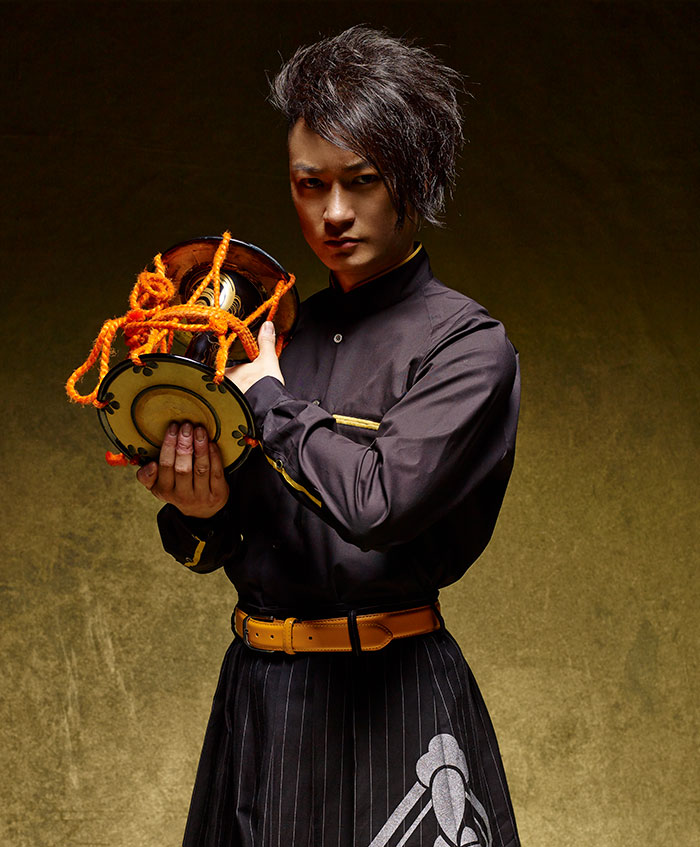 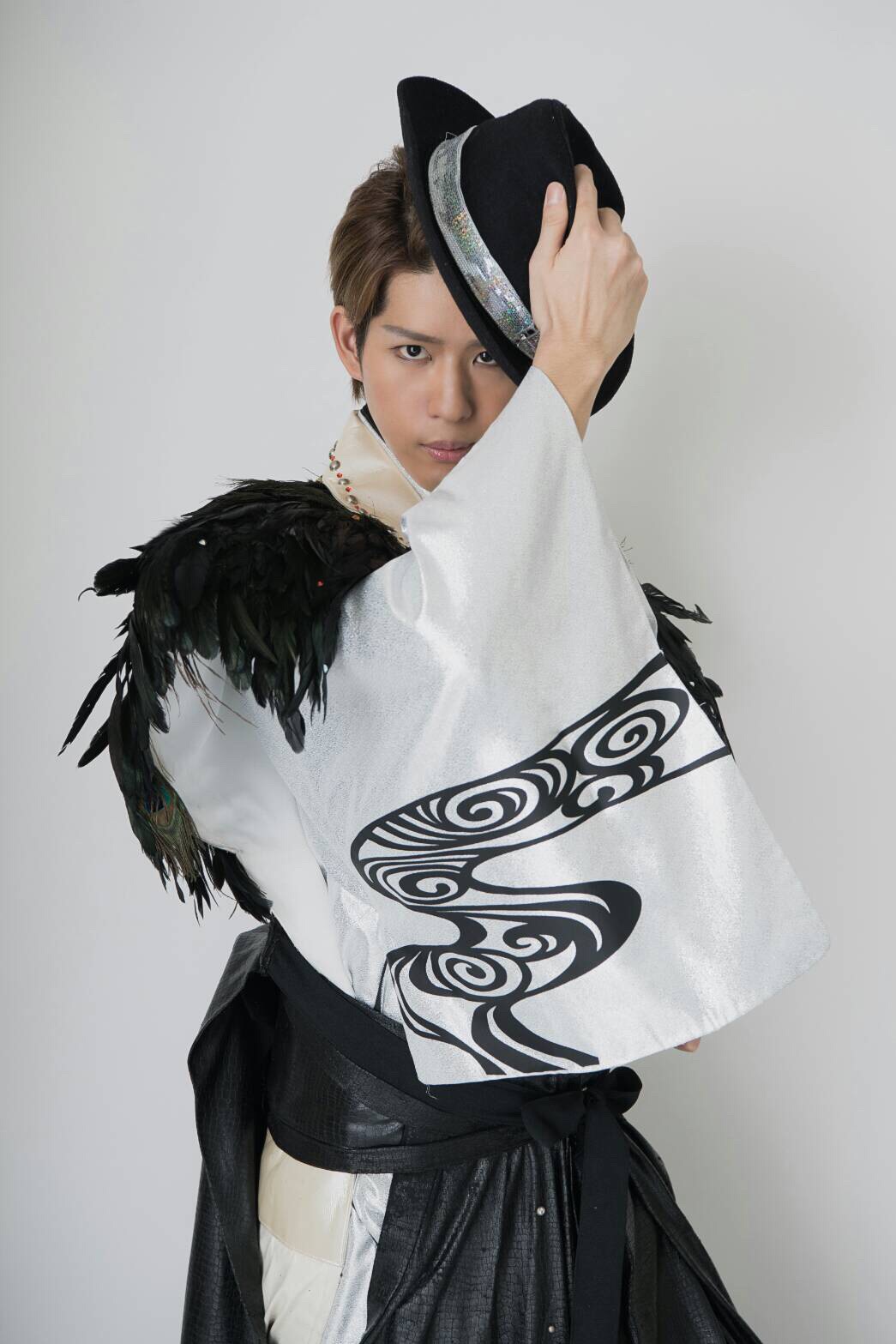 Studied classic Japanese dance（Bandō style：Natori/ Bandō Tatsu no Ryū）and Tsugaru Shamisen since young age. The dance group「華舞斗～kabuto～」 formed in 2006 aimed for an innovative Japanese dance with a new sense, which he named New style (Japanese) is blending Japanese Classical dance and vocal together. The group’s performances are well received nationally and internationally.

His 3 rounds of “One-Man concert” at Nagano Sun plaza had around 2,222 guests attending. Nihonbashi Mitsukoshi Theater’s chairperson performance was also successful and in 2016, he hold his first ever National tour「Super Nichibu Hanazono Naomichi Tour」which received a great response.

He became Google’s most rapidly rising searched word during his appearance in NHK’s「Gokigen kayōshō gekidan. He is currently attracting great attention from various media such as TV, magazines and newspapers.

He also had his major debut as a singer singing 「Inishie no Hana」in April 2011 with Tokuma Japan Communication.  His third single「Tokyo・a・GoGo」went to Number 1 on the wired request chart「Enka/Popular Song ranking」.

He performed in L.A. twice, in 2014 and 2015, both successful, gaining high reputation from overseas media such as France, Thailand, Taiwan, Korea etc. His performance got pass all borders and is loved by all ages. Now, the up-and-coming“Nichibu Performer”. 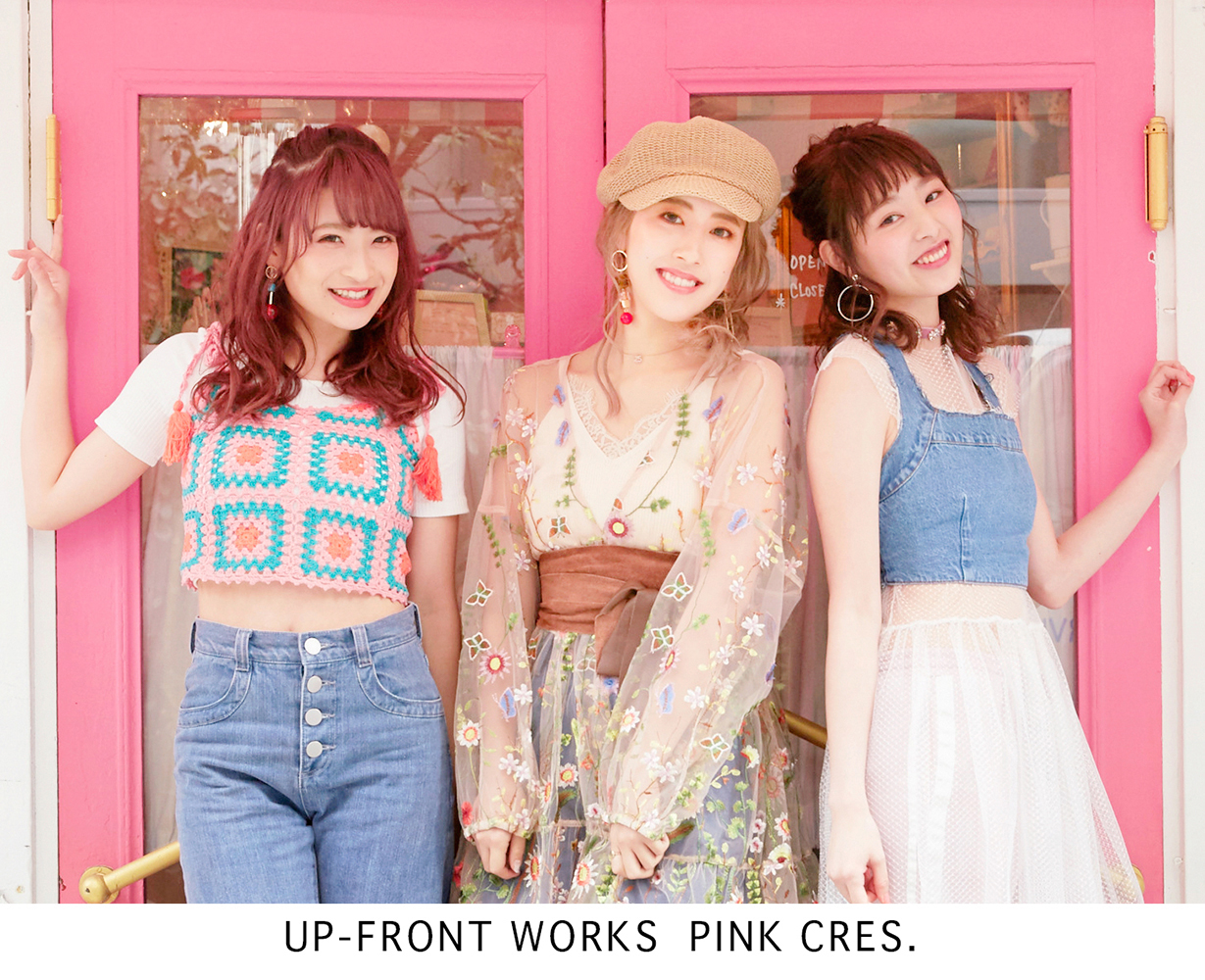 PINK CRES.（Pinku Kuresu）is…
【PINK】 and 【Abbreviation of the word CRESCENDO（Musical word describing when the sound is getting bigger, getting stronger） 】
・Using the color 「PINK」 as the group’s theme color that holds a cute image in girl’s mind. Wanting to be a group that spreads the “cuteness” through music and fashion to the world.
Also infusing the meaning where the group wants to 「gradually grow bigger 」worldwide…

Vocal group formed in April 2014, consisted of 3 members centering Miyabi Natsuyaki, a member of Berryz Kubo（Infinite duration of inactivity), Hikaru Kobayashi and last but not least Yu-ka Nihei, which were both chosen from an audition.

Participated in the 『Buono! Festa 2016』 hold at Nihon Budoukan in 25th August 2016
Currently a regular attendant in an across-the-board radio program every Tuesday at Inter FM NAGOYA（Now, Radio NEO）called『Ha-ro-Do-ra』
Natsuyaki Miyabi is also an officially approved「ViVi」influencer, 「ViVigirl」, making appearances in fashion magazine and on websites too! 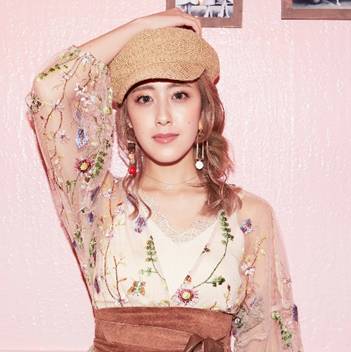 Chosen from 30,000 contestants to be Hello!Project Kids in 2002
Chosen from 15 Hello!Project kids to debut as Berryz Kubo member on 3rd March in 2004 with a single “Anata nashi de Ikete yukenai”. From there she has sold CD, star in musicals and went on multiple tours around the country as well as abroad including France, Thailand and Taiwan.
She holds the record of being the youngest to have an alone live at Saitama Super Arena at the time.。
Berryz Kubo holds a last live concert at Nihon Budoukan in 3rd March 2015 before going into an infinate duration of inactivity.
【Official BLOG】 ★「Miyabi Natsuyaki」 http://ameblo.jp/natsuyaki-miyabi-blog/ 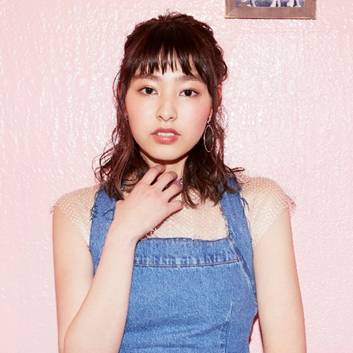 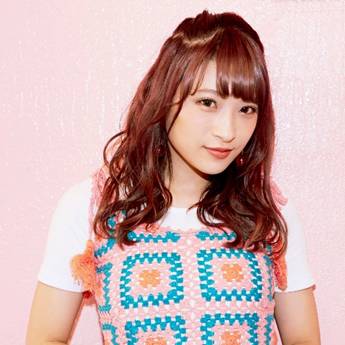 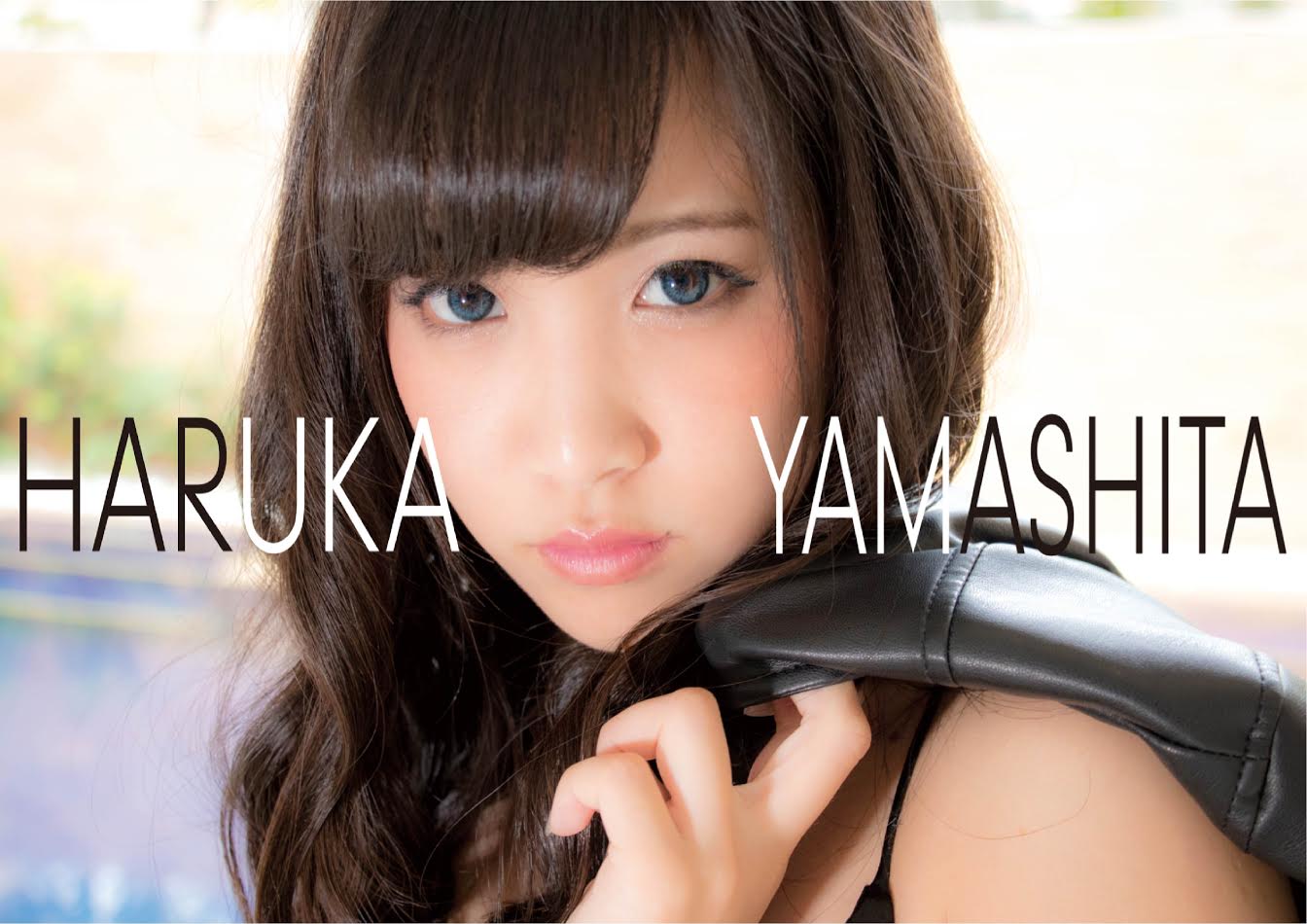 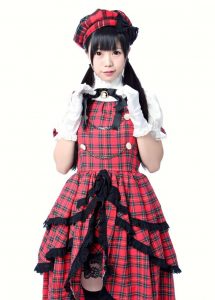 Active performer mainly in live performance and photo shoots.
Acts as the main vocalist for the Crazybeats at Comiket
Recently performed in Taiwan, Hong Kong and other Asian areas.
This  will be her first live in  Malaysia. 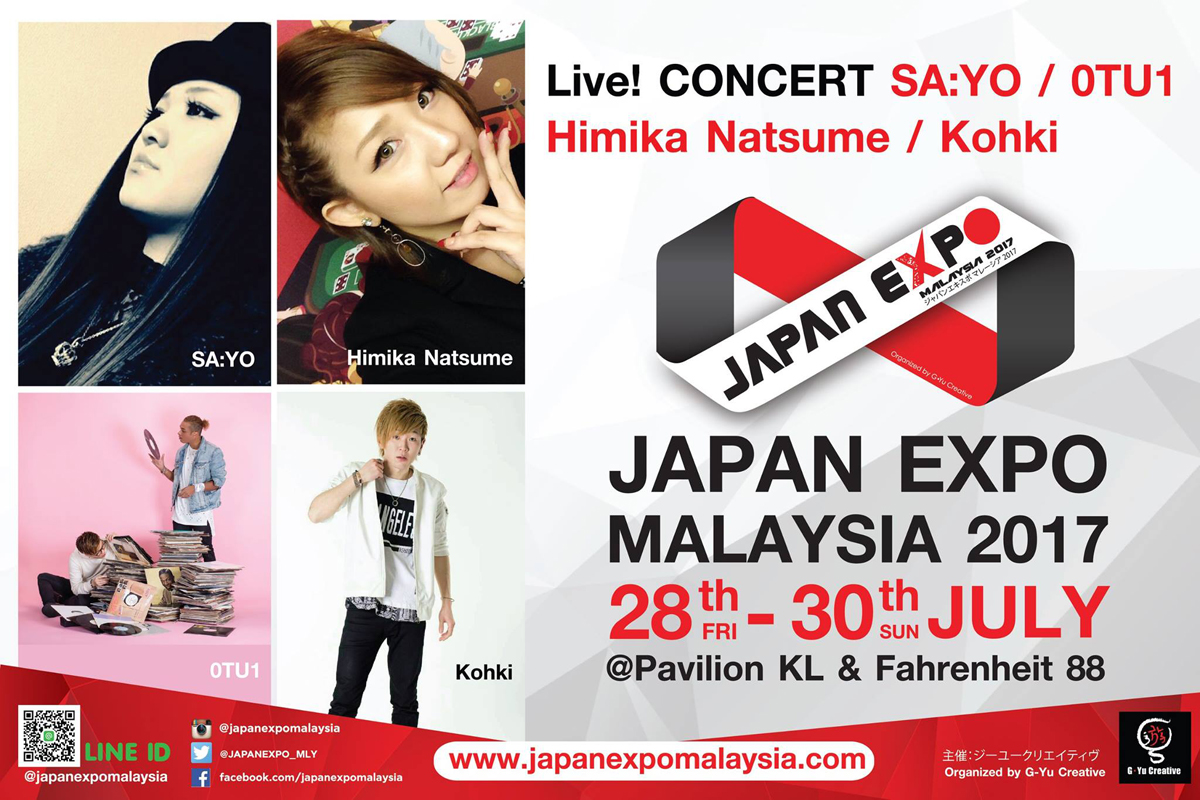