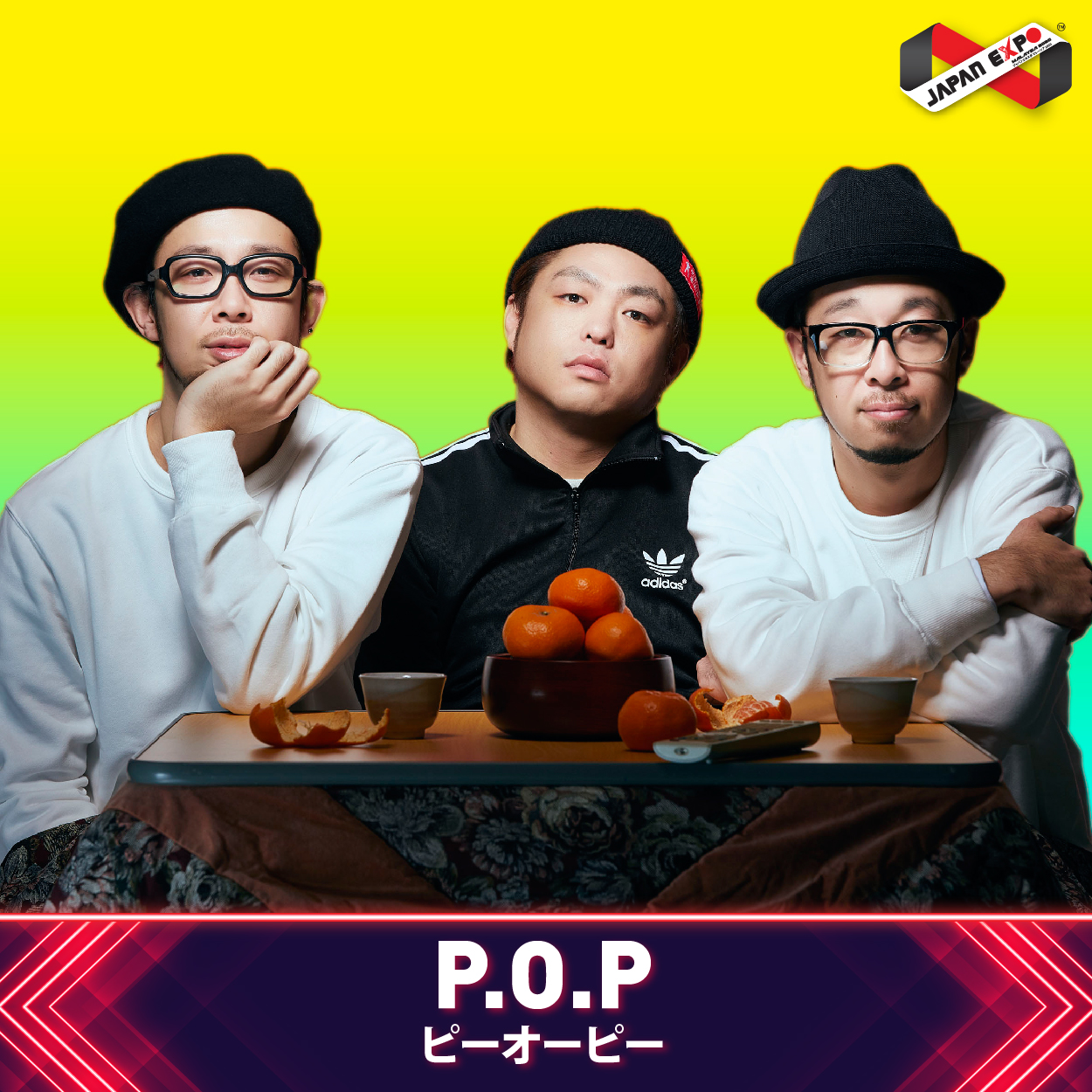 P.O.P is a Hip-hop group, who are Twins MC ( Hakushu Kamisuzuki & Takahiro Kamisuzuki ), and guitar (Ryoji Saito) . Their common point is “They love having fun.” ( Tanoshiikoto Bakari Arimasuyoni )

Therefore, the band plays individual original rap songs which are appealing to various kinds of people. The Kamisuzuki twins are famous for the music supervising and music direction of a Japanese movie trilogy called “The Rapper in Saitama ( 8000 miles)” .The younger brother, Hakushu, played the role of the legendary DJ TKD in that movie. That character is still very popular in Japan.

Twins MC are also known as the directors and supervisors of an *NHK Music TV program for kids. ( *NHK is the national Japanese public broadcaster. ) They are popular among a large segment of the population.

The song『Watch me』from the hit album “Tanoshiikoto Bakari Arimasuyoni” reached the number two spot on the iTunes Music Store HIPHOP charts. The band is currently making music videos of all the songs from the album.