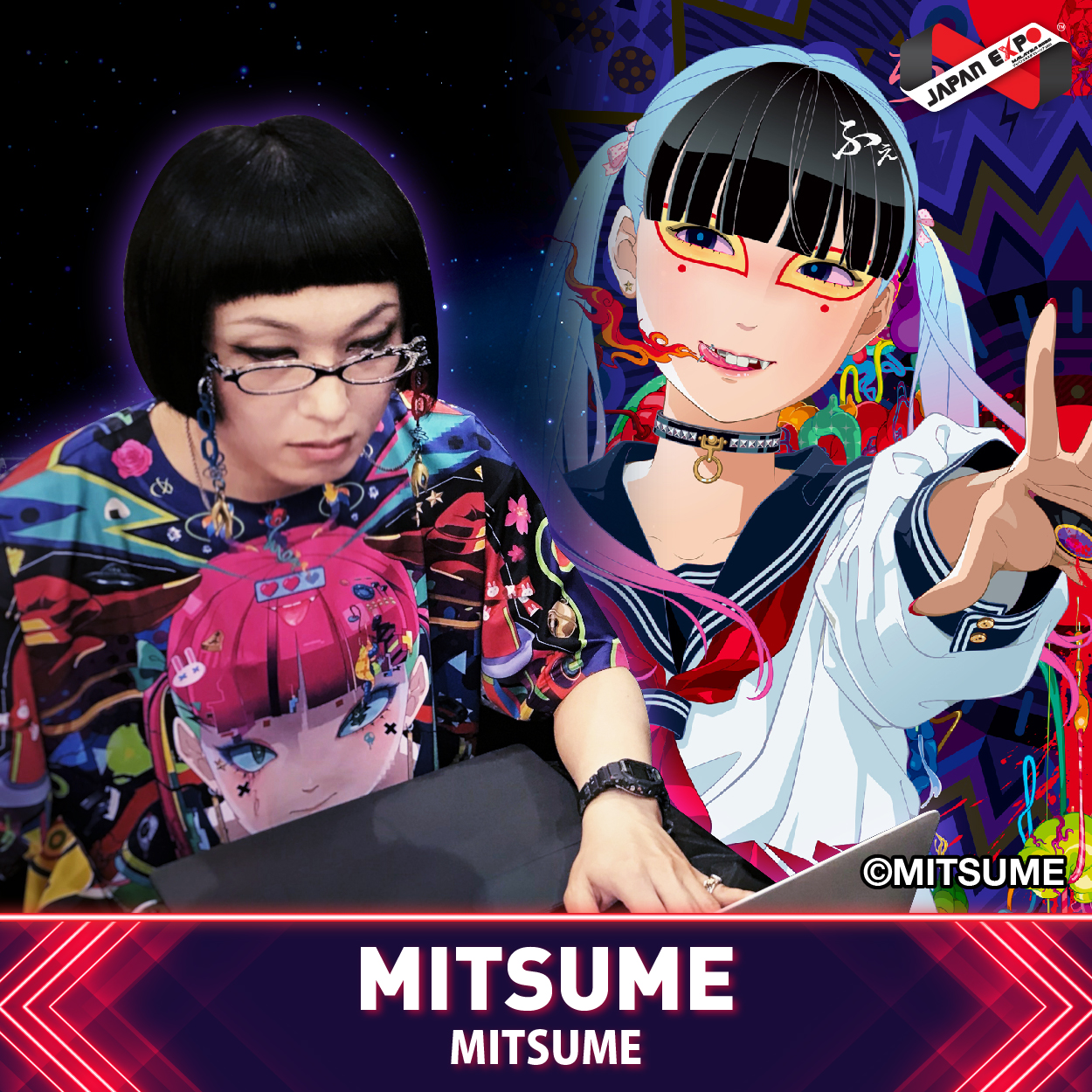 “MITSUME” is an artist whose unique style is unforgettable once you see it. All works are drawn by the delicate path work of Adobe Illustrator using only the computer mouse.

Not only graphic design such as posters and illustrations, but also planning and designing apparel and goods by one person. In addition, at the event, various performances are possible, depending on the theme, such as live painting using paints and sprays, and digital painting that shows on a large screen with one PC and fascinates the venue. We will continue to provide works that are always memorable to the viewer.

In addition to Japan, he performs in various countries such as the United States, China, France, South Korea, Lithuania and Thailand. Widely active worldwide without borders.

In 2007, he started his overseas activities with the participation of “Premiere Vision, Indigo Exhibition” at the Paris International Textile Trade Fair. In charge of workshop instructor at “Manga Planet” in Pompidou National Arts Center, Paris.

In 2015, as the first original content of Crunchyroll, a company that provides contents such as Japanese anime and comics. Started serialization of overseas web comic “HYPERSONIC Music Club”.

In 2017, it was adopted by the second person in Japan for the project “Adobe Remix” where creators remix the logo of Adobe Systems, which provides applications such as illustrator and Photoshop to the world, and the video work “Adobe Remix project” was released.

In charge of the main visual design for “J-POP SUMMIT 2017” in San Francisco, USA.In 2019, a fashion show will be held in collaboration with the local MUGEN brand on the main stage of “Japan Expo Thailand” in Thailand.

More than just one design, we create various things such as visuals, spaces and performances. MITSUME’s works that constantly seek new expressions evolve day by day, expanding the possibilities of digital art.