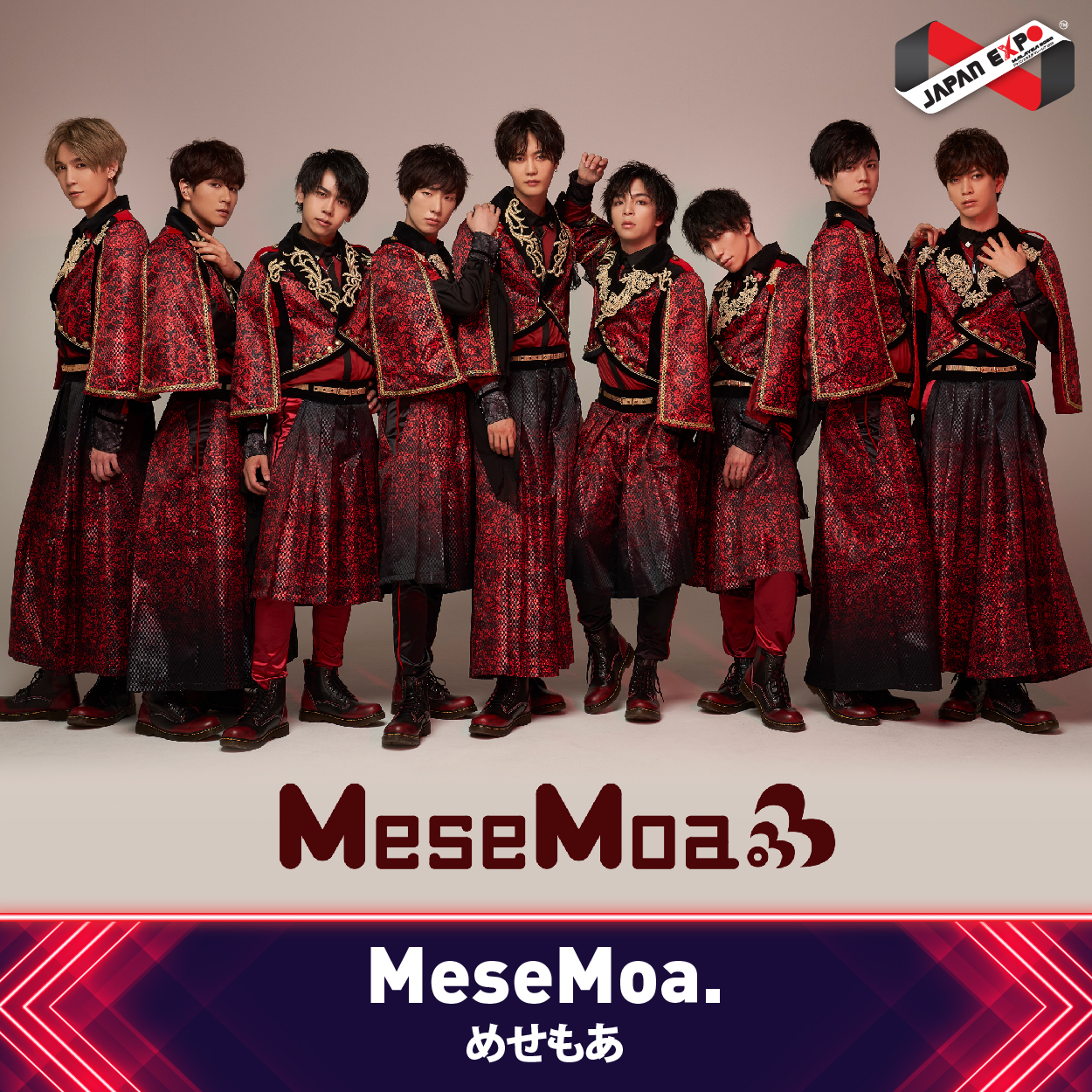 The 9-male group formed from the video sharing service in 2012.  They caught attention by posting cover dance video, and started their performance with their own music.  They are “self-entitled” idol group. In 2015,  the concert at Nakano Sunplaza, one of their goals, was immediately sold out, and the tour in 47 prefectures was accomplished in 2016. The number of the times that their videos played recorded more than 5,000,000,000 times, and this group has a huge impression online.

The dramatic story of 9 amateur boys aiming at the next step built fans support in addition to their close relationship like a family.  Now their next step is the solo concert in Budokan.

In 2017, one of the members “Zeararu.” graduated and they changed their name from “Musumen.” to “MeseMoa.”