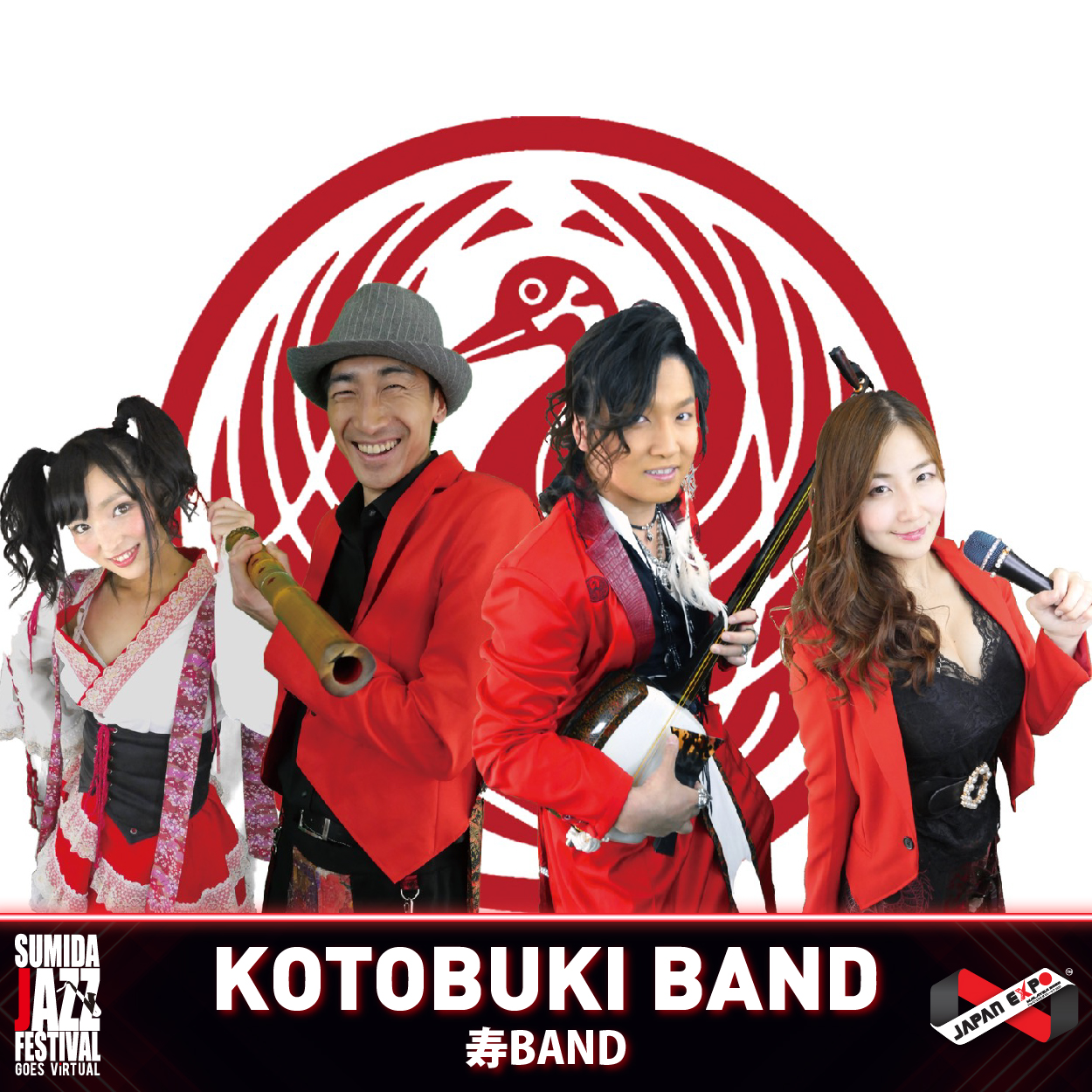 Kotobuki BAND was formed in 2001 with Sato Michiyoshi’s Tsugaru-jamisen at the center supported by shakuhachi and dancing.

They create novel east-west fusion music which is not bounded by the constraints of tradition. They perform in clubs, festivals, and all varieties of events. With their powerful energy, they summon an infectious carnival spirit wherever they go. They have performed concerts in Shibuya QUATTRO, Shinjuku ReNY, Akasaka BLITZ, and elsewhere. Their third album “Zanmai me” is currently on sale. They compose the theme for the Goura summer festival with the legendary Mickey Yoshino, as well as the ending song for Chiba Television’s Diamond Collection “Hirari Kenran” and appeared in the Hollywood movie Earthquake Bird.

In 2018, Kotobuki BAND performed in Chicago in the United States.

Shiratori, the shakuhachi player, has toured in Japan on the ARASHI LIVE TOUR 2015 Japonism and ARASHI Japonism show in ARENA 2016, as well as appearing on the annual NHK Red and White Singing Contest. In addition to its traditional elements, Kotobuki BAND offers a modern twist of entertainment unlike anything anyone has seen before.