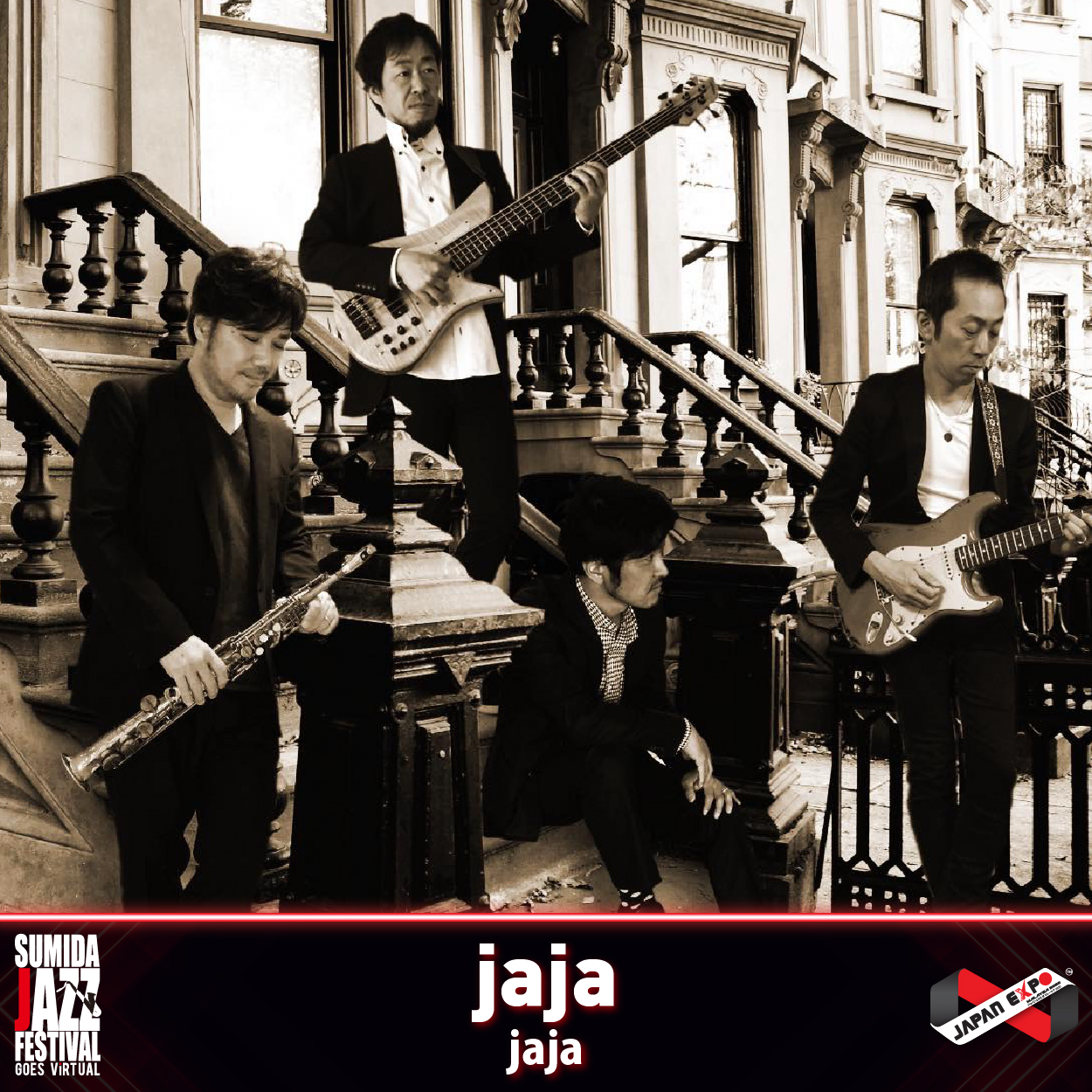 Made a major debut in 2006 from WHD Entertainment & Victor. In the same year, released the 2nd album and received the Ad Live Award domestic New Star Award. Performed at Thai Jazz Festival

2012 Album “MADE IN jaja III” released / Shanghai World Expo. The second European performance in 2013 (Germany-Luxembourg) was also a great success. Released “MADE IN jaja IV” in the same year. Over 250 live performances per year in 2014 / Appearance at the Luxembourg Jazz Festival

2016 with Nagoya Philharmonic Orchestra. Held a concert concert and received great acclaim. Record number of spectators and sales of CDs in 2017

Since 2018, they are making a comeback from indies to majors and are active nationwide. Performed many domestic jazz festivals every year since debut From Yokohama to the world. It is a unique band that recognizes Japanese jazz.