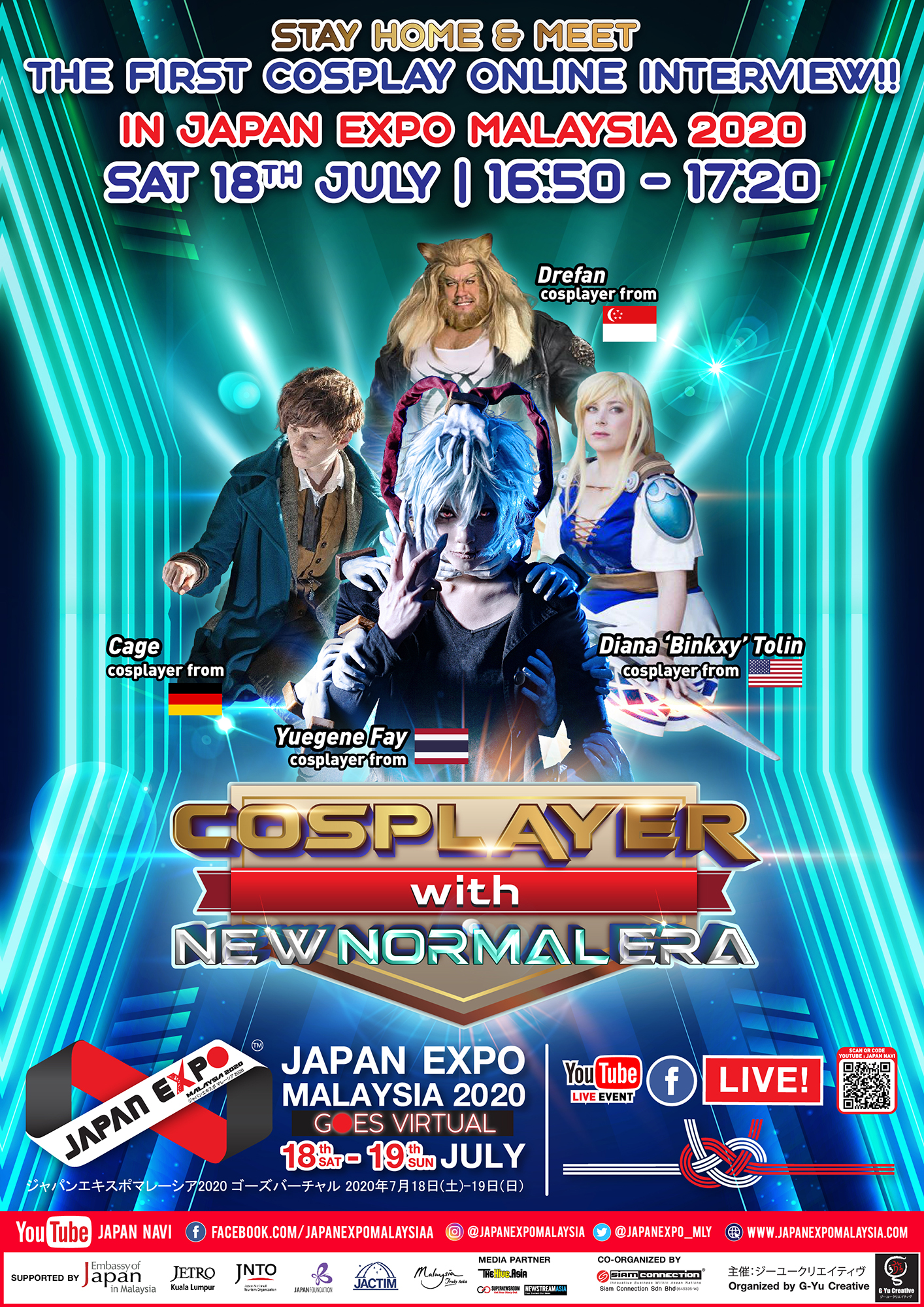 THE VIEW OF THE COSPLAYER
IN THE NEW NORMAL ERA 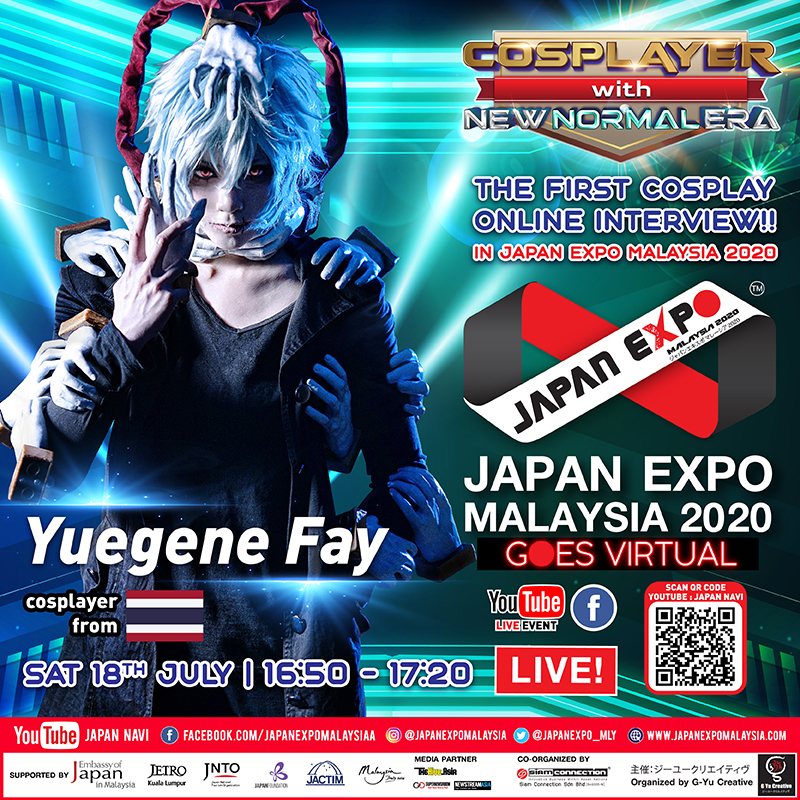 Yuegene Fay started cosplay since 2000 and in a role as costume & props maker also Make-up artist. Her duty is an cosplayed embassador of Thailand and a representative for World Cosplay Summit in 2007 & 2009. Famous tv programmes in different contriessuch as, 天天上上 or Day Day up and Japanese TV show in NHK channel invited Yuegene as a guest which causes Yuegene’s repution spread widely and have more than 100,000 Chinese fans followed on Weibo website. Additionally, Yuegene Fay is invited to be a participant as guest,commentator/judge for important Cosplay competition around the world, for examples WCS,AFA, China Joy,ECG(European Cosplay Gathering),CICAF, etc.

Furthermore, Yuegene is a presenter for Anime products and promoter for many characters of Japanese and internation contries.

Diana ‘Binkxy’ Tolin is from Los Angeles, California and has been cosplaying for over 20 years. She has many years of judging experience, performance and craftsmanship awards, and is one of the few people to have attended World Cosplay Summit in Nagoya, Japan as Team USA (2016), an Alumni (2017) and Organizer (2013, 2018, 2019). She works for the Society for the Promotion of Japanese Animation as an Entertainment Coordinator for Anime Expo, the largest Anime Convention in North America, and has been a driving force for the collection, photo archiving and display of the World Cosplay Summit Team USA Costume Retrospective, which showcased over 10 years of American Cosplay at Anime Expo 2018 and 2019. Her company Dial C Costumes, has created custom costumes for multiple episodes of Marvel Becoming for Marvel Entertainment and for SCRAP Entertainment’s collaborations for The Legend of Zelda and Final Fantasy 14 Real Escape Room Games. She is so excited to join Yuegene and all the other cosplayers on this panel and hopes everyone is staying safe and keeping creative!” 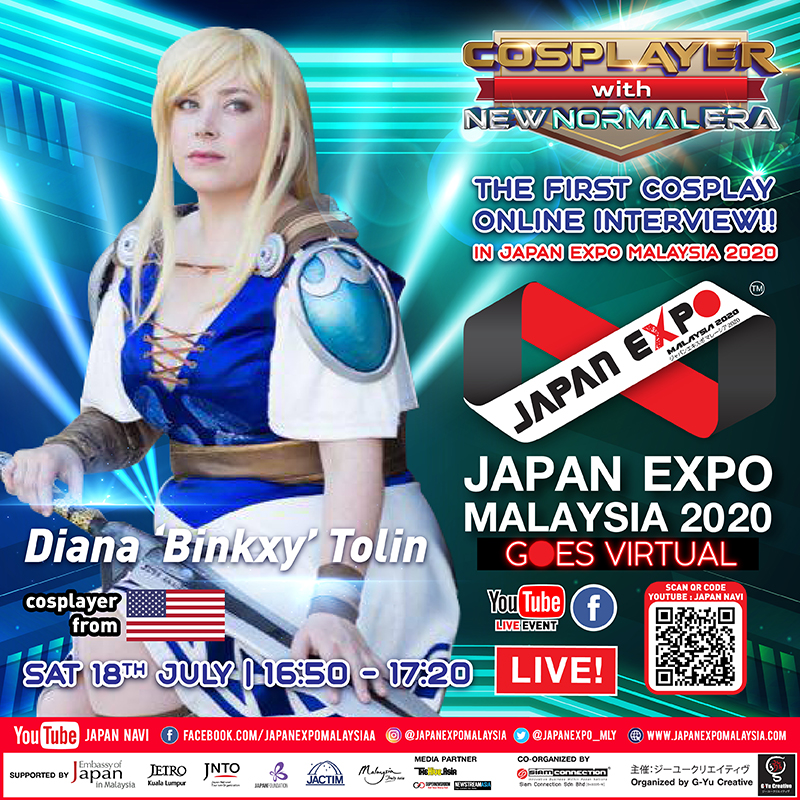 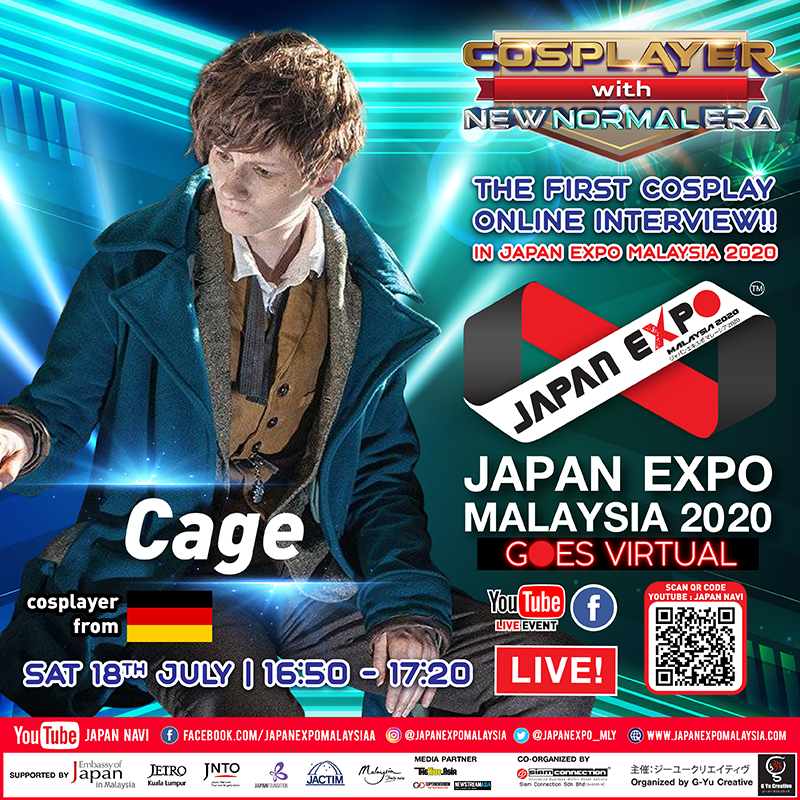 Cage is a nonbinary cosplayer from Germany! They started cosplay in 2006 when they discovered that people dress up at anime conventions. By now they have done over 100 costumes but it’s still so much fun. In the last years they mostly did western movie costumes. they love bringing the character to life but also give them a slight personal take. The hunt for the perfect fabrics to give the costume and authentic look sometimes takes several years but it’s worth the effort as soon as they put on the finished costume!”

Drefan is an ex-sportsman from Singapore who found his calling for cosplay in 2005 after a grievous injury. Only active in the cosplay competition scene in the earlier years, by 2010~2012 he was forced to withdraw due to piling career opportunities and other responsibilities.

As a cosplayer, Drefan is an experienced all-rounder that specialises in masculine characters. He’s always looking for fun and interesting projects while being community oriented, and promotes a balanced lifestyle of work, play, and health.