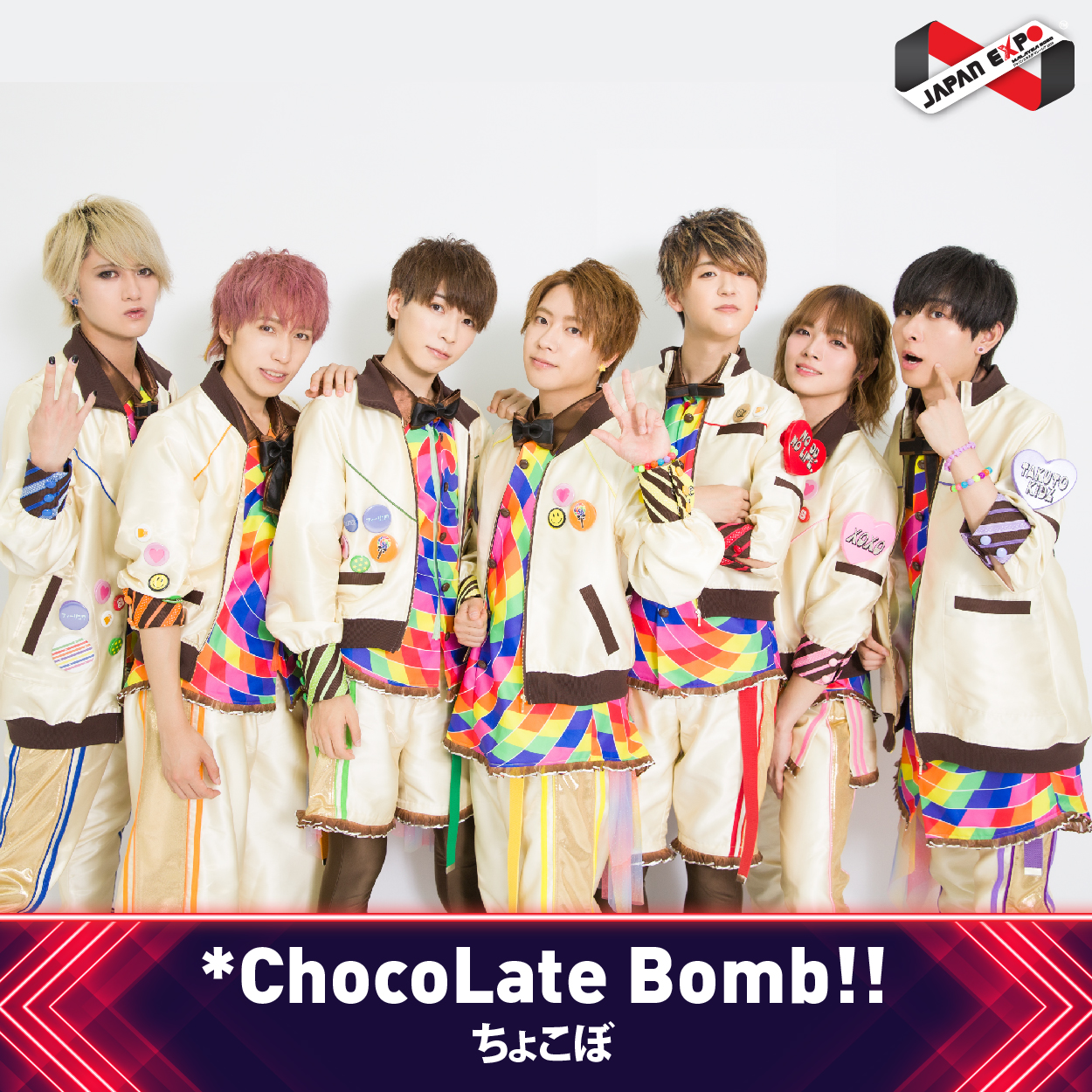 The five male idol group from the video sharing service and formed in 2014. The existence of their brother group “Musumen. (Currently: MeseMoa.)” had a big influence on its formation.  Their nickname is “ChocoBo.” The group applied for “Derenno?! SamaSonic?!2014” in  SUMMER SONIC 2014 , and won the audition out of approximately 200 groups and got performed in Summer Sonic although they’d been around only for half a year.

In 2015, ChocoBo released their first original song and announced the first tour in Tokyo, Osaka and Nagoya. Leo joined the group in 2016, and ChocoBo had a sold-out show in Shinjuku BLAZE on February 15, 2019. The latest show held in Stera Ball on April 7, 2019 had about 1000 audience.